A Whirlwind of Spirits

Normally this is where I would have a Christmas Carol review for you, but to tell you the truth, it’s been a crazy few months. I started working on these in September, bought a house, destroyed my back to the point of medication, got COVID (undiagnosed but my partner had it and I had all the symptoms so a duck’s a duck), got better, went, “Oh, humbug the articles are due”, and wrote my tuckus off.

The next one, ironically, is THE “A Christmas Carol,” better known as “Scrooge” starring Alastair Sim. Intriguingly, it is the first one to really deviate from the story a lot; 1938 added fluff on the sides, but Scrooge’s story remained the same. 1951 really took the source material and ran wild with it, especially in the Past segment. It’s too important a film for me to half-arse, so I’m forgoing forcing it last-minute and saying that it’ll be what we kick off next year’s run with, should this year be well-received enough to warrant continuation!

To that effect, here’s 1951’s YouTube link, because it’s a great movie that deserves being seen! Heck, just for Dad, here’s 1984 with George C. Scott, his favorite!

I also want to link something that appeared on the list of adaptations but as a bit of an appendix (which I was reminded of by Lizziebelle on Facebook!): Heath Waterman, on YouTube, did a supercut version of “A Christmas Carol” compiling from over 400 versions! Check it out here, along with a follow-up video that seems to be JUST about Stave I with over 850 sources here! I admittedly haven’t seen them yet, so apologies if they’re not as interesting to you. 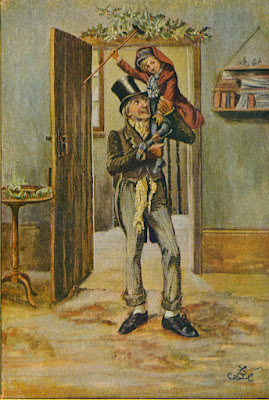 Lastly in the links department, I wanted to share that I kept up with the times by subjecting myself to two more versions of ACC in my off-time, of the three that I knew came out within the last year or so. The new “Scrooge: A Christmas Carol” on Netflix (which I think has very nice character design, music, and visuals, but fails heavily in the script department), and “VHS Christmas Carol: LIVE” linked here. The latter I watched only a few nights ago; it too is a musical, and is in fact almost entirely sung. It’s effectively an 80’s synth-pop version of ACC, as best I can describe it! It’s from Team Starkid, who did “The Guy Who Didn’t Like Musicals” and “Black Friday” recently, as well as a host of excellent parody musicals--most famously the “A Very Potter Musical” series, the ending of which I think is leagues above the end of the actual HP series. (Also, trans rights! Take that JKR. If you like HP but are uncomfy with her, check out AVPM!)

Highly recommend their musical version of ACC. The one downside is, it’s awfully catchy. “Priceless” has become quite literally one of my favorite Christmas songs.


One final article tomorrow! A wrap-up which includes some of my favorite articles / videos / silly fun facts about ACC. Thanks for reading all this, this year!

My personal thanks to Justin for the excellent yeoman's work he put in this year with all these reviews. When he first floated this idea, I thought he was kidding and told him I had thought about tackling such a project years ago, but it was just too daunting. I'm glad I never did it, as he did a MUCH better job that I would have. I found them highly entertaining and was fascinated by his insights and things I had missed watching these. Thanks, son! Now you have the better part of a year to recover before you start all over again! :P 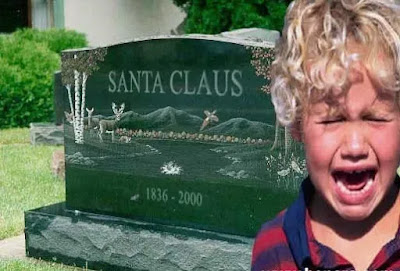 Turning to other news, a recent article from BBC Travel posits the question: Is Santa Claus buried in Ireland? You might want to wait 'till the 26th to show this piece to the younger members of your household: 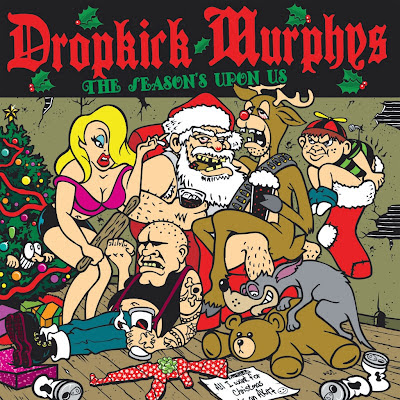 And that article led me to think, "Santa Claus - Ireland - Shenanigans - Dropkick Murphys", so without further ado (and because we all LOVE it here), we'll close out today's short and sweet weekend edition of the K.A.C. with one of our perennial favorite Christmas Carols, The Dropkick Murphy's 'The Season's Upon Us'. We last ran this back in 2013 and it needs to be seen Much More Often! For those of you dreading going back home to see the relatives every year, this song is dedicated to you ... AND to my ex-work-study student Ashley, STILL the Murphys' # 1 fan! Merry Christmas!

We'll wrap this ALL UP tomorrow with a bow and stuff it under the Christmas tree for another year, so stop by, won't you, for our final thoughts, observations and a last chuckle or two as we put 2022 to bed.

Posted by Conjure Cinema Curator at 7:17 AM