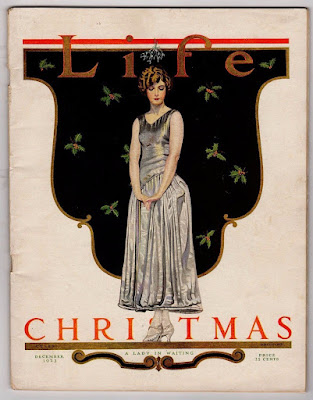 Good morning! I'm particularly taken with this December, 1923 cover of LIFE magazine, with the demure, hopeful young miss under the mistletoe. Entitled 'A Lady In Waiting', it's a very sweet look at the past. Click on the picture for a larger look at it.

Moving on, Justin von Bosau begins his wrap-up of all thing Christmas Carol with a smorgasbord of versions: LP, TV, Ballet, Marionettes, Comics and even a Spanish edition of the timeless tale! See what he's uncovered this time, beginning now!

Charles Dickens: A Christmas Carol doesn’t even have a date listed on Wikipedia beyond that it happened somewhere in the ‘40’s, as evidence that the other adaptations around it are from the ‘40’s. In all honesty, I think this is just a gaff, because the only version of this I could find is one not listed on Wikipedia, from 1977, released in album form by the Peter Pan Players in 1996. That’s 10 or so minutes long.

I’ll cover that version in 1977--but wait! Another adaptation, able to be found on YouTube, is 18 minutes--without any kind of dates, and seemingly starting mid-story. And with a porcelain doll staring out at the viewer while the record spins…

I’m covering those two in 1977; I don’t know when they’re from and I don’t even know if a 1940’s one exists, but if The Yellow King causing all this weirdness wants me, he’s gotta wait thirty more years. 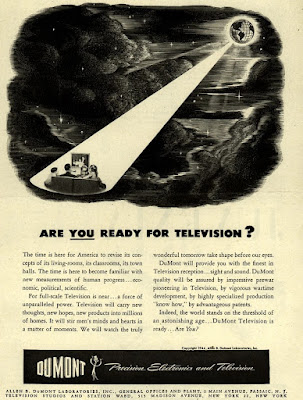 Throughout the next decade especially, the boom of live radio performances became upended by live television performances! Charles Dickens’ immortal classic had long-since been a holiday tradition, so what better story to bring to millions of homes in the new visual medium as well as auditory?

While, yes, you certainly couldn’t do the big-budget you had for MGM’s 1938 version, or even get away with subdued shadows like the 1935 version, you could still easily perform for the station cameras just the same as doing any live theatre play!

The actual history of how and when TVs were introduced, the mechanical updates, and when widespread implementation occurred, is a murky slew of Wikipedia pages longer than “Adaptations of A Christmas Carol” by a long ways. Having been undergoing constant renovation since 1925 and before, mass-market TVs apparently really started booming around 1946-1947, but had prototypes and earlier variants introduced as early as one to two decades before!


The first live televised version of “A Christmas Carol” came on Dec. 20th, 1944, from the DuMont Television Network in New York. They would go on to do a second live version three years later, on Dec. 25th, 1947--this one starring John Carradine as “Scrooge”!

Neither version seems to have survived, despite my best efforts to search. DuMont continued on until 1956.

Did you know? There have been, at least the last time I counted what I could find, 2 or 3 versions of “A Christmas Carol” adapted to ballet, and 4 or so versions adapted as opera!

Being a live performance from the days of early TV, when “archiving these shows for later” was still a foreign concept--just as it had been sadly during the days of radio, pulp, and before--I cannot find any surviving prints of this. I did find other, newer ballet versions which I’ll cover during their appropriate years!

Hey, don’t look at me like that! “Christmas Night Ballet” doesn’t turn up much--or rather, turns up far too much, absolutely none of it relevant to my search, but plenty seeming neat. 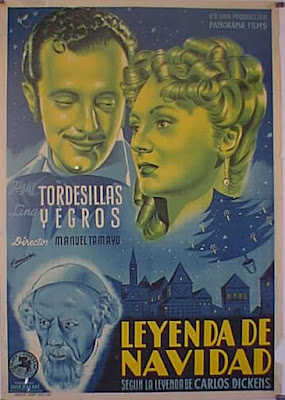 In 1947, a Spanish version of “A Christmas Carol” was adapted and directed by Manuel Tamayo, which before today I’ve never seen! I’m quite looking forward to it--there’s very little information I could find online (at least in English) as there’s only a bare IMDb page and no Wiki. Other sites have reviewed it as one of those, “Hey, we’re covering obscure Chrimmis Carols”, and say there’s a fair amount of changes in its 80 minute runtime. Perhaps one of those changes is the extra 20 minutes listed in the YouTube video! (I just learned why… read on.) Said video, to… help matters, is in Spanish without subtitles. It’s been a while since I’ve done this, but sometimes a nice exercise for film (or language learning) is just to watch something in a language you don’t know and see if you can still parse out the story and performances!

This is one of two earlier adaptations I know of that are from non-English-speaking Europe--and, come to think of it, there aren’t as many even nowadays. It makes sense, I guess; the novel is quintessentially British, despite being about very universal goodwill. All the more reason to see this one and marvel at it!

That’s what I would write, if the video and extra research didn’t prove a frustrating truth to me.

#2: The director of this film, Manuel Tamayo, directed a remake done for TVE also called Leyenda de Navidad (which translates to “Legend of Christmas”) in 1966, with a different cast and crew

I’m sure it’s out there, but all my searching is turning up nothing at all. In 1966, I’ll cover this TV version, which still looks wildly interesting and good, and should provide insight into the film since it’s the same adaptation effectively! The best I got for you for now is an article regarding the film, which lists such a tantalizing list of differences and uniquenesses (Marley coming out of a portrait?!), linked here.

of A Christmas Carol

and it’s another lost TV moment

Well, I’ll be goshdarned if I’m going to link a third blog post--

Huge shout-out to Balladeer’s Blog for their informative articles on these lost versions of “A Christmas Carol”! Info on this and the Carradine version can be found here. 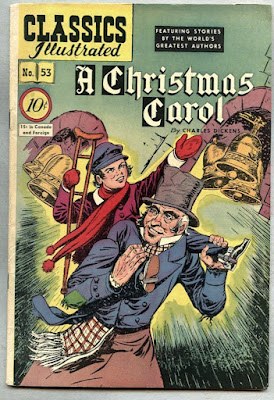 I’m drawing a slight line in the snow on this one. Truthfully, I don’t know all that much about the history of illustrated versions of books, and would need to dive into that to accurately surmise if this is one of the first or not--but it’s worth noting that this is apparently a very popular and well-regarded version! From 1948, this is part of the “Classics Illustrated” series, and has beautiful artwork.

[Editor's Note: The comic can be viewed in its entirety here: http://kordindustries.blogspot.com/2013/12/a-christmas-carol.html ].

Also drawing a line in the snow because I have no accurate way of tracking down every piece of art inspired by or illustrating “A Christmas Carol” and if I were to review it, I feel less able to be objective--or at least anything approaching objectivity. Film criticism and literary criticism I know how to do and did professionally through college; if an artist adapts Dickens’ work and I personally just don’t like the character design or the framing or style, then that’s what gets focused on. I do try and give each film version its due admiration and critique, even when I’m less fond of an adaptation--if I’m judging artwork, it’s far more subjective than I could review.

I’ll mention the other noteworthy illustrated versions when they come up chronologically on Wiki’s list, and will also point out a version I got at a garage sale that isn’t listed but which I like tremendously! 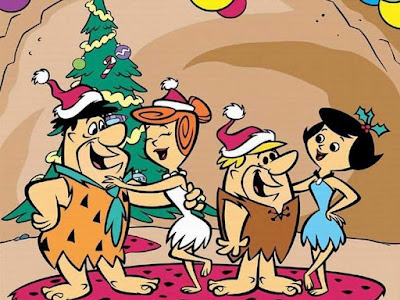 Let's take a moment and look at the bottom of the barrel where Christmas movies are concerned. Better yet, let's flip that barrel over and see what's underneath! We've covered a lot of Holiday Horrors over the years here at the K.A.C., but the folks over at Crackpot Christmas Movies have a few even WE haven't been brave enough to face! Give 'em a listen here!

And just to follow that up, give the following a read - an article that out-Who's Doctor Who and answers a number of disturbing questions, including WHY are the Flintstones celebrating Christmas? You'll never watch them (or The Jetsons) in the same way again!

Posted by Conjure Cinema Curator at 8:44 AM