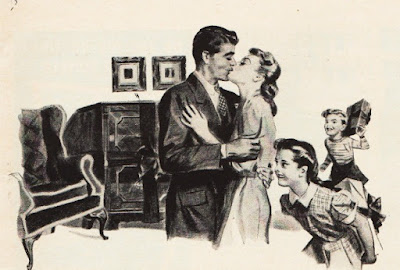 Seven days left ... only one week to go! Do you have that big gift yet - like that 'inconspicuous' giant console radio taking up space where you could have put a CHRISTMAS TREE??? Yessir, wrapped up in a bow like that, it's a mystery - nobody will guess what that is!

And speaking of mysteries, we've got a crackling good Yule Log of one for you today in our continuing series of Christmas For Your Ears, starring none other than the Master Detective, Sherlock Holmes. The show ran from 1939 - 1950, originally with the two men most associated with the characters from the movies, Basil Rathbone and Nigel Bruce, recreating their characters over the airwaves. After they left the series, a number of other actors took over the roles. The series started with original Conan Doyle tales, then added original stories as those ran out. It had an interesting opening and closing, as Wikipedia relates: 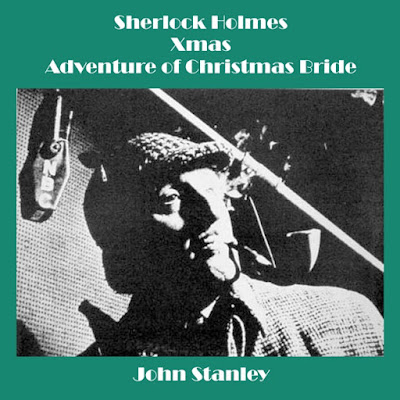 "The sponsor's spokesman was usually Knox Manning or Harry Bartell, or, during the show's initial season and again in the final season, Joseph Bell. In each episode, the spokesman would be presented as arriving at the home of Dr. Watson, then retired and living in California, who would share a story about Holmes and his adventures. Such conversation would open and close the show, with Watson adding further details about the adventure. In the episodes sponsored by Petri Wine, the characters would often share or discuss the drink during these segments, with the character of Watson sometimes joking about the spokesman's habit of always mentioning the product."

So put on your deerstalker hat and see if YOU can solve 'The Adventure of the Christmas Bride', starring John Stanley as Sherlock Holmes, as it aired (with original commercials!) on December 21st, 1947. 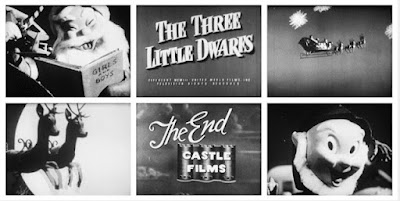 Did you figure it out? Good for you! What's NOT a mystery is the reappearance every year at this time of our Three Little Dwarfs, Hardrock, Coco and Joe! In case you're new to the K.A.C. and wonder why these little munchkins visit us every year on this day, it's because we're following a tradition begun back in 1956 ... read on!

Here's their video - sing along! 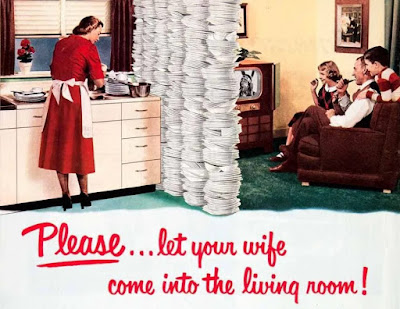 We'll end today with a look back at some more mysteries - namely, how many of these ads ever saw the light of day! Take a look at what passed for desirable Christmas gifts back in the day ... although the Borg Scale to measure one's weight has possibilities - "prepare those pounds to be assimilated!" Otherwise, oof - BTW, happy family pictured here - your wife might talk to the other wife with the rifle and put an end to your shenanigans toot suite! Give them all a look: 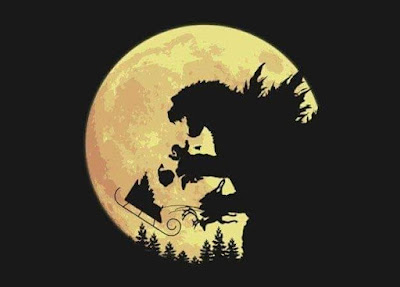 FLASH! One GREAT last-minute addition to Reader's Submissions: behold the glory of Santa vs. Godzilla!!!! Thanks to Debbie and everyone else who sent this in!

More tomorrow!
Posted by Conjure Cinema Curator at 4:59 AM