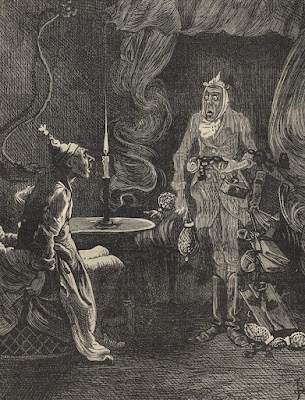 Good morning and welcome to the 2017 edition of the K.A.C. !!! This is the Ninth Year of our annual online tradition of showcasing the odd, the bizarre, the downright strange aspects of the holiday season ... everyday from now until Christmas Eve I will have a new post with an item of interest to amuse, amaze and entertain you.

Our theme this year is Christmas Spirits (of all shapes, sizes and forms). What better way to start than with one of our K.A.C. stalwarts, Charles Dickens' A Christmas Carol. Over the years I have devoted a number of past articles on this perennial favorite, so I'm not going to go into much more detail on this story (aside from some new trivia that I've come across). Instead, I'm going to focus on the author and a rather surprising fact that I only recently became aware of (and something I'm surprised I didn't know earlier considering all the research I've done on Dickens): A Christmas Carol is actually the first of FIVE Christmas stories he wrote over the years, each a year apart, which were eventually bound together in a hardback edition entitled The Christmas Books. We'll be devoting our first five entries this year to these tales, many of which you may not be familiar with. 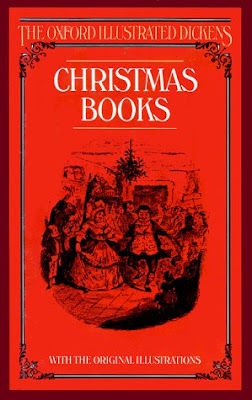 A fascinating article I came across recently talks about the different medical conditions the author may have had and how they influenced and showed up in his novels. Give it a read here:

Next is an article placing A Christmas Carol in its proper historical era and showing what was happening in the real world at the time. I found the most interesting part giving Scrooge's age and extrapolating world events from there. Take a look! 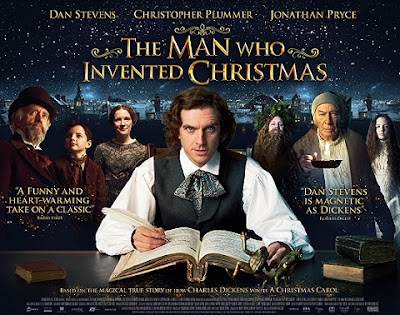 Finally, how's this for synchronicity? Just in time for the holiday season comes this new film, The Man Who Invented Christmas, starring Dan Stevens as Charles Dickens and Christopher Plummer as Scrooge, recounting the true story of HOW Dickens came up with the characters and the story of A CHRISTMAS CAROL. It's a delightful film out now that I think readers of this blog will enjoy. Take a look at the trailer here:

Coming Tomorrow: The second of The Christmas Books and one decidedly more gruesome than A Christmas Carol. Join us for the tale of The Chimes: A Goblin Story of Some Bells that Rang an Old Year Out and a New Year In!
Posted by Conjure Cinema Curator at 5:06 AM