Good morning and welcome back! This little elf is today's entry in our look at weird vintage Christmas Cards, with her spectacularly impressive pine cone chapeau and her equally impressive giant candy cane. She also leads us to our topic today ... not candy canes, but another traditional Christmas candy and the intriguing story behind it ... take a look! 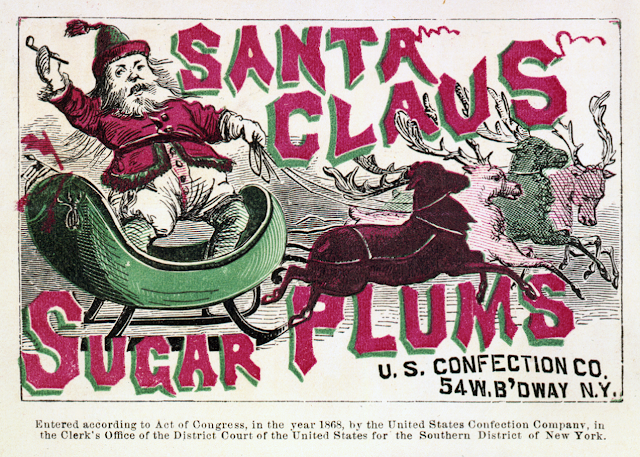 Today we explore another holiday 'X-mas File' - an item that has become accepted at face value over the years without question - except by yours truly. This time we explore the fascinating truth behind ... sugar plums!

Most of us had their first exposure to this candy through Clement C. Moore's 1823 poem A Visit From St. Nicholas, or as it is better known, 'Twas the Night Before Christmas. Early on in the poem the children have been put to bed on Christmas Eve, eagerly awaiting the dawn and the coming of Christmas morning, since Santa Claus (St. Nicholas) will be bringing them toys, sweets, etc. As the poem says:


"The children were nestled all snug in their beds;
While visions of sugar-plums danced in their heads;"


That passage had always stuck in MY head whenever I heard it. Why on Earth would kids in the 1800s be dreaming of PLUMS, sugary or otherwise? Well, the simple answer is they WEREN'T!

"A sugar plum is a piece of dragée or hard candy made of hardened sugar in a small round or oval shape.

"Plum" in the name of this confection does not mean plum in the sense of the fruit of the same name, but referred to small size and spherical or oval shape. According to The Atlantic Monthly, traditional sugar plums contained no fruit, but were instead hardened sugar balls. According to the Huffington Post, these hardened sugar balls were comfits, and often surrounded a seed, nut, or spice."


Well, that explains the 'plum' part of the poem - but why would the children be dreaming of them, hoping to find them in their stockings? The answer is simple: think of when the poem was written - in 1823 these confections were hard to come by; unlike today, when anyone can stop in a grocery or convenience store and purchase any number of candies, the sugar plums of yesteryear were a luxury known only to a select few. This was due to their manufacturing process - once again, we turn to Wikipedia:

" The term sugar plum came into general usage in the 1600s. At that time, adding layers of sweet which give sugar plums and comfits their hard shell was done through a slow and labour-intensive process called panning. Until the mechanization of the process, it often took several days, and thus the sugar plum was largely a luxury product. In fact, in the 18th century the word plum became British slang for a large pile of money or a bribe. However, by the 1860s manufacturers were using steam heat and mechanized rotating pans, and it was then available for mass consumption."

This makes much more sense, seen in this light. The children in the poem would have probably seen the 'sugar plums' at the confectioners shop while Christmas window shopping with Mother and Father and would be hoping (and dreaming) of finding a rare sweet treat in their stocking come Christmas morning. 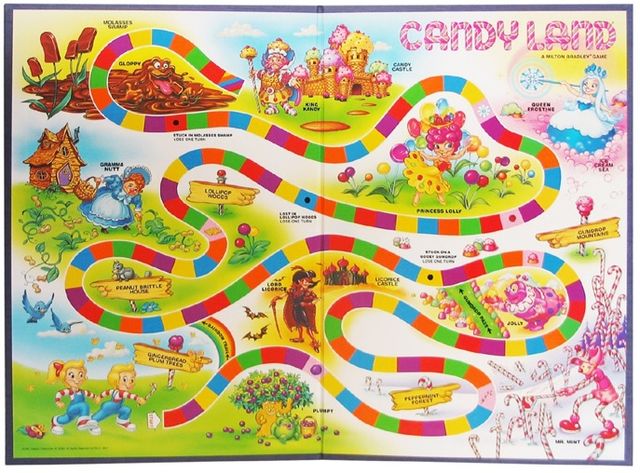 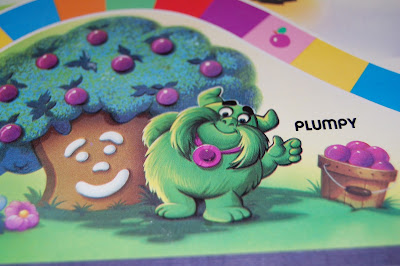 Want more proof how reviled plums are by most kids? Let's fast forward to 1940 and the original edition of the beloved children's board game Candy Land. Hours of fun and entertainment for the young tykes ... except for one fly (or, in this case, PLUM) in the ointment. His name? Plumpy the Plumpa Troll. Seems like a nice, happy fellow, yes? Jolly, happy-go-lucky? Don't you believe it! Plumpy would give a friendly wave as they started their journey and then insidiously bide his time while the kids were exploring the rest of Candy Land, making their way to the land of Candy Castle to be crowned the winner by King Kandy himself. Along the way, kids would pick a card to proceed to a certain square or part of the board ... UNLESS they picked the dreaded PLUMPY card ... and then they went ALL the way back to the beginning of the game, to sit and stew (appropriately enough) in Plumpy's forest. Forget tantrums - a number of tykes went WAY beyond meltdowns thanks to Plumpy's shenanigans, so much so that they refused to ever play the game again and Milton Bradley, the makers of the game, had to change the board design to remove the Curse of Plumpy. For a hilarious read on the downfall of Plumpy, click on the link to Luc Wetzel's article entitled Kicked Out Of Candyland: The Mysterious Disappearance of Plumpy the Plumpa: 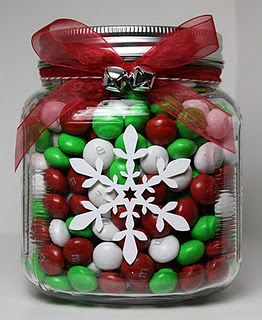 So there you have it - when is a sugar plum NOT a sugar plum? When it is a dragee or comfit, a hard candy shell with something inside. Given that explanation, what would be the most common 'sugar plum' on the market today? The common Peanut M & M's! And just in time for the holidays, they're back with their Holiday Edition candies, with red, white and green candies.

Not to fret, though: for those of you who actually LIKE plums (and I'm sure there must be someone out there who does), you are not forgotten: many companies make actual sugared plums in many assorted varieties, from powdered sugar dried plums to a plum compote candy such as is offered by the Vermont Country Store (as seen below) - here is their description: 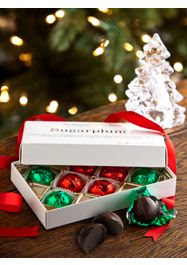 "If you have ever tasted an authentic sugarplum, you know why the children in "The Night Before Christmas" went to bed with visions of these traditional holiday candies dancing in their heads. Our sugarplums are made by hand from a luscious plum compote and wonderfully rich, dark chocolate. They're every bit as delectable as those enjoyed in Victorian England, where sugarplums were the toast of the aristocracy."

Well,  we'll let them keep their Christmas fantasy - you and I know better! :)  Should you like to order some for your family or friends, here's the link:

Now head off to bed and let sweet dreams of sugar plums, real or traditional, dance in your head ... but beware of Plumpy!  :)

Coming Tomorrow: We're taking a one-day break from the vintage cards for our annual Kringle's Khristmas Kuties Kwiz - get ready!

Posted by Conjure Cinema Curator at 5:13 AM