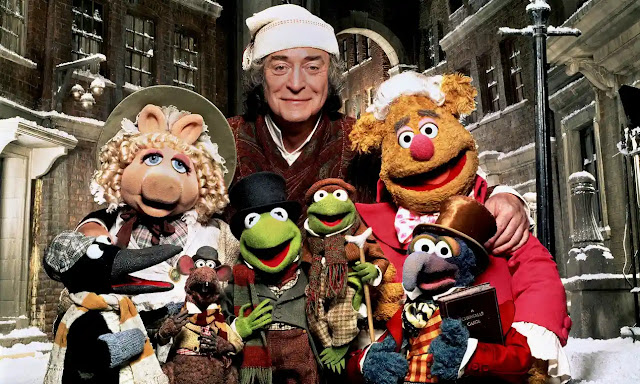 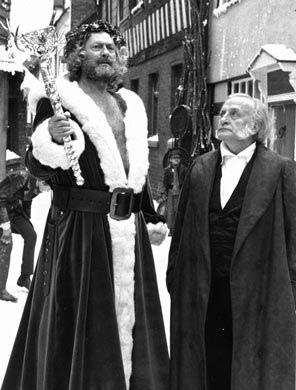 We've only three days left! The Guardian (UK) has an article out today on why the Muppets Christmas Carol is the 'perfect festive film'. Phew - dodged a bullet there! I thought the author was about to write 'the best filmed version of the story ever made', and then we get into throw down territory. Some folks are all, "eh, you've seen one version, you've seen them all", while others (myself included) have one particular favorite they watch year after year. Given the nature of this blog, I can safely say I've seen more versions than most folks, from the silent era to many obscure variations, both from film and TV. My personal favorite is the 1984 version with George C. Scott as Scrooge and Edward Woodward in a magnificent turn as the Ghost of Christmas Present (seen at right) ... oh, sure, he's jolly and welcoming when you first see him, but he's also the Wraith of Wrath who won't put up with ANY of Scrooge's crap - turning his own words against him is just the tip of that particular iceberg! If you haven't seen this version, you owe it to yourself and your family and friends to do so. But back to the Muppets - having just said that about all the different versions I've seen, believe it or not, I never did get around to watching this until last weekend, thanks to my friend Gina. Turns out it's a personal favorite of hers and I can see why. It's a charming version of the story from beginning to end and is a great way to introduce children to the oft-told tale. It does make some changes to fit in more of the characters from the Muppet Universe (my ears went up right at the beginning when it opened with "the Marleys were dead" ... wait a minute, Marleys? As in PLURAL? TWO Marleys? Now with most adaptations I'd be, "Right, that's it, I'm out of here", but I thought about it for a moment and instantly got who they were casting for this and it absolutely worked!). 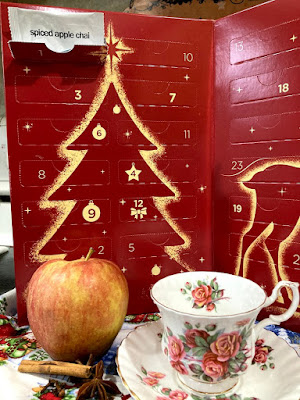 While you're reading it (or better yet, while you're snuggled in watching these or YOUR favorite version of the tale), why not go all in, Brit-wise, and have a cup of tea and some biscuits? What, you say, biscuits? Like what you eat with fried chicken? Sigh ... no, biscuits (or 'disgestives', as I also found out they're called, when Laura and I went to London in 2016) are cookies to go with your tea. OK, that's settled, let's just grab any old bag and throw it in the microwave with some water ... whoa, whoa, settle down there, you unwashed heathen! THAT'S not the proper way to do things! Thankfully for you, I have JUST the person to help you out in All Matters Tea - my friend Kara just HAPPENS to have a Tea Blog called Lady Grey Moonlight AND it just HAPPENS to currently be featuring a stroll through a Christmas Tea Advent Calendar! The photos and comments alone make me thirsty - THIS is tea done right! The link below showcases the first day of the Advent Calendar, but you need to go completely down the rabbit hole and read the whole blog to see what you've been missing all these years!

Two days to go! Join us tomorrow as we wrap up our last silly stories of the season and then we'll leave you on Thursday with our annual Christmas ghost story. It's a classic chiller you won't soon forget and there's no redemption for ANYBODY in this tale - Scrooge's story would have ended a LOT worse if he's come up against the star of our show  see you then!

Posted by Conjure Cinema Curator at 7:49 AM