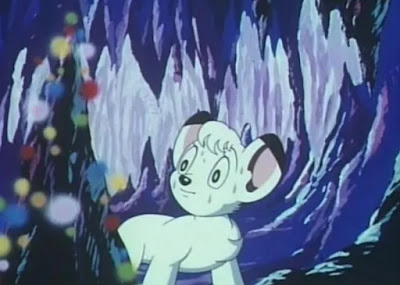 What's that, Kimba? You JUST realized it's only Three More Days 'till Christmas and you FORGOT TO GET A TREE? Wipe that flop sweat away, buddy, we've got you covered. There's PLENTY more things to worry about!

How about this?  Let's play Jeopardy - ANSWER: Supply chain breakdown, labor breakdown and sugar shortages. QUESTION: Why is America running out of candy canes, right before Christmas? The full story appears below - stock up now! 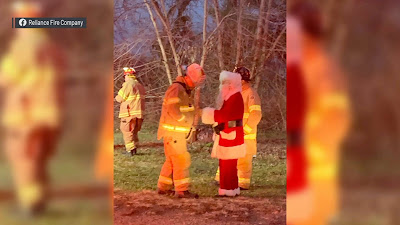 Next, while waiting for Christmas Eve to roll around, Santa's got a side gig going. Not only does he see when you're sleeping and know when you're awake, he also Saves Your House From Being Burnt Down Around Your Ears, as a New Jersey family found out. The full tale of Fireman Santa can be found here: 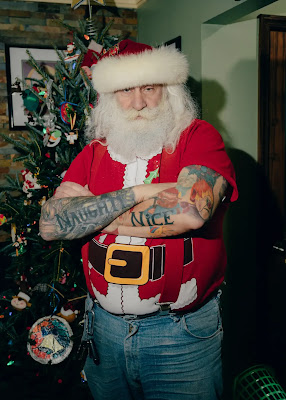 Is there anything the Clausmeister CAN'T do? Apparently not (or 'knot', as the case may be). Deliver toys, check. Put out fires, check. What the heck, 'tis the season, want to get married? He can perform your wedding, as well. ANYBODY can go to Vegas and get married by Elvis ... imagine your wedding photos when friends and family see THIS! 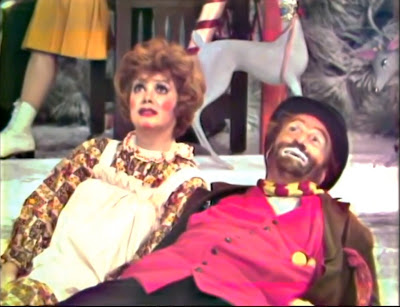 We've saved the best for last in our final entries of rare Christmas TV for this holiday season. Red Skelton (1913-1997) was a famous comedian and entertainer for many years, who had fame on radio and films, but especially on his long-running television series, which ran for 20 years, from 1951 to 1971. For the younger readers in our audience, the name is probably unfamiliar to you. For those of us from an older generation, however, he was a comedic icon. He was adept at physical comedy and slapstick as required, but he was also a master pantomimist. That was seen to memorable and poignant affect in the Christmas episode featuring his most famous character (and he had an arsenal of them), Freddie The Freeloader, a lovable hobo who was always getting himself into situations. From December 16th, 1961, enjoy Freddie and the Yuletide Doll, featuring Cara Williams as Raggedy Ann (Cara passed away just a few days ago from this writing, on December 9th, at the age of 96).

It's a tour de force performance from them both, without a word spoken. It was such a popular piece that it was shown again during the 1962 Christmas episode, which you can see in full in the link below. The skit begins at the 13 minute mark: 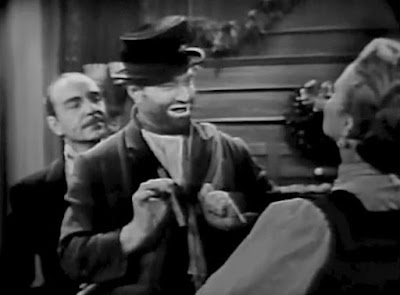 Red was such a versatile performer, he could do any written material. He could get laughs from skits he wrote, that his writers wrote, or adapting more famous stories. Case in point and our final offering today, was this Christmas episode from his series, which aired on December 20th, 1955, adapting O. Henry's short story 'The Cop and The Anthem', concerning his happy hobo's plan (which continually goes awry) to get himself arrested right before Christmas so he can get off the streets of New York and spend 90 days in a "nice warm jail, with a soft bed and three squares (meals) a day". Enjoy this piece of Holiday History from years past, complete with Pet Milk commercials!

To see how closely Red came in his version of the tale, below is the original O. Henry story, whose hobo character is named Soapy. Give it a quick read and compare!

And with that, we're done for the day. We've only got two more entries to go, so come back tomorrow for more. See you then!

Posted by Conjure Cinema Curator at 4:53 AM